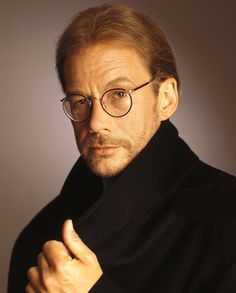 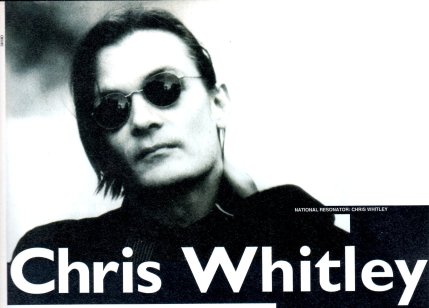 It seems an odd pairing:  Chris, a self-taught guitarist whose visceral lyrics were influenced by desert landscapes and an appreciation of French surrealist poets; Warren, a piano man (briefly mentored by Igor Stravinsky) whose lyrics often described viscera and whom Rolling Stone labeled “rock’s macabre jester.”  Chris, the offspring of a Madison Avenue ad executive and a sculptor; Warren, the offspring of a Russian immigrant (and member of the Mickey Cohen crime family — Warren’s dad was best man at Mickey’s wedding) and a Mormon.  Both, however, were from “broken homes,” their parents divorcing while both boys were young.

Both also struggled with alcoholism:  Chris, throughout his life as repeated stints in rehab never seemed to stick; Warren, early in life and then 17 years of sobriety undone by a cancer diagnosis.  That, unfortunately, was something else they shared – the lung cancer that ended both lives: Chris at 45 in 2005, Warren at 56 in 2003.  But Chris’s cancer was almost certainly related to his chain smoking; Warren’s mesothelioma, perhaps induced by too many childhood days playing in his father’s carpet store.

Both appeared on Letterman:  Chris, making his TV debut playing Kick the Stones and later Automatic on his final appearance; Warren, such a frequent guest that he called Letterman “the best friend my music ever had” and occasionally filled in for Paul Shaffer.  In fact, Warren discussed his cancer diagnosis and performed several songs in a full Letterman show devoted only to their friendship.

Whatever their differences or similarities, Chris and Warren toured together for two months in Fall 1996.  Warren was the main draw, with Chris serving as the opening act.

I’ve not found much info about how Chris and Warren got on, being in each other’s company over that stretch.  Just this bit, which pleases me a lot because it features two of my faves, Chris Whitley and William Faulkner:

And, of course, their collaboration on a track for the Rainer Ptacek tribute album:

We know exactly when and where Powder Keg was recorded, courtesy of Warren’s tour diary as shared in Crystal Zevon’s bio, I’ll Sleep When I’m Dead:

[Note for the anal retentive such as me:  Warren misnamed the Museum of Flight – it was the Museum of Flying in Santa Monica, as confirmed by an LA Times article about the event.  The Bel Age is now The London West Hollywood, just off the Sunset Strip.  Why Chris was there at the time is unclear, but the Dust Radio newsletter (excerpt above) notes that Chris would tour with Zevon through the beginning of December (no December 1996 dates on our CW tour guide) and then do some solo shows in LA and the East Coast.  However, as the excerpt from the Pulse above notes, Chris became ill with the “flu of ’96” and spent much of December hospitalized with pneumonia.]

Here’s a bit (from Howe Gelb’s Tour Journal) about the circumstances of their recording this track:

[T]here is that missing track from Rainer’s ‘Inner Flame’ tribute CD, with Chris Whitley and Warren Zevon in a hotel room jamming to “Powder Keg.” You could hear the mini bar depletion in that track, but it was a stunning vibe as you can imagine. At the last minute David Pirner put the kabash on the use of it since he had partaken in that on the fly recording as well and figured that maybe it might have been a take too hammered. There was no time to get him to check it out, the record was literally being mastered at that moment. We had to leave it off.

I’m thinking that the two men formed some sort of bond during the tour – or, at least, that Warren felt some connection to Chris.  Who thinks about writing a song for someone they don’t feel a connection to?

Listen to Warren [or read the gist of his comment below]:

I kind of wrote “I Was in the House When the House Burned Down” for my friend, Chris Whitley, because I was doing a tour with him. And I was driving to the Wal-Mart that’s about an hour north of Austin in a rainstorm in the middle of the night. You know where I mean? It was like Pflugerville or someplace. And I got the idea for the song. And I thought, gee, maybe I’ll write a nice slide guitar song for Chris. But of course, by the time I had written the song, I write so few songs and I need them so desperately, that I never give them to my friends. So I hung on to it.  [From an interview Warren did with KGSR in 2000. [Listen to full interview]

One thought on “The Odd Couple: Chris and Warren Zevon”